There's a new Maryland record snakehead, anglers! While bow-fishing in Mattawoman Creek off the Potomac River, Mechanicsville resident Andy Fox saw what he first thought was a big carp - but turned out to be a monstrous 19.9 pound, 35 inch snakehead. After Identifying it as a Frankenfish he let his arrow fly, and as a result, is now the new state record holder. Fox's fish eclipses the old state record of 18.42 pounds. Nice shooting, Andy!

Meanwhile in Virginia, angler Jeffrey Dill was fishing in Lake Smith in Virginia Beach when he tied into a monster flathead catfish. The scales at Oceans East would show it at 68.8 pounds, breaking the old state record by 2.4 pounds. The State Record Fish Committee has Dill’s application for a new record currently under review.

The results of the 2018 crab dredge winter survey are in, with mixed results. The winter cold caused an estimated 35-percent kill-off of females in the Bay. On the flip side, more young crabs entered the Bay, to the tune of a 34-percent increase. Still, the estimated Bay-wide population is 371 million, down from last year’s 455 million. More worrying is the fact that estimates put the number of mature females at 147 million, well below the target level of 215 million.

Those are the facts – now here’s our FishTalk opinion: recreational crabbers haven’t been allowed to keep females for years, and while we know some people will hate the notion, might it be time to consider ending the commercial catch of females, too? This topic is fraught with controversy, in no small part because some watermen in certain areas depend on females for a substantial part of their living. And the few picking houses that remain depend on females for their supply. But in many crustacean fisheries across the nation (Dungeness, king, rock, etc.), the switch to male-only harvest was made long ago. So we think it may be wise to at least discuss different options. We’re not scientists, we’re not politicians, and we’re not sure of the best policy – but we are certainly worried by yet another drop in the population of females, and we find it difficult to put a positive spin on this year’s survey results.

In some slightly better crab news, reports of decent crabbing are finally coming in from up and down the Bay. After an excruciatingly slow start, as of last weekend crabbers are now picking up some decent catches. Dan at Bay Country Crabbing Supply reported that commercial trot-liners were now filling multiple bushel baskets and the recreational crabbers are getting their fair share, too. If you want to try your hand at catching some jimmies be sure to check out Crabbing: 10 Trot Lining Tips, and How to Go Crabbing With Pull Traps. Just remember to send the females back over the side! 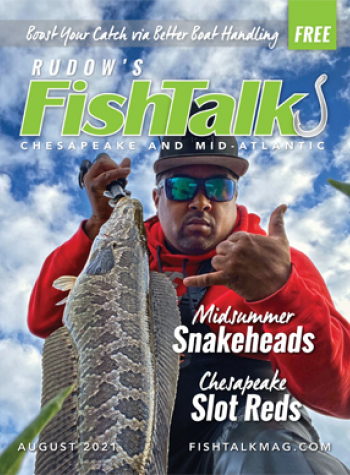