Alternative facts may help people get elected to office or bend the arc of political history, but when it comes to fishing gear the TRUTH is testable. Yet still, despite the provability of the physical world there’s still quite a bit of fishing tackle misinformation floating around out there – and it could be affecting the way you fish. To find out just how misleading some tackle myths can be, through the years I’ve put several through real-world testing. You might find the results interesting… and eye-opening.

The Test: We place a rod with ring guides (high quality, ceramic-lined) next to one with (also high quality) rollers. Both were rigged with the same reel (a Penn Senator 113H) and line (20-lb. Ande IGFA-rated monofilament). Each rod was secured in a holder, and we tied the end of the lines to the bumper hitch of a Ford Explorer. Our test facility was a mostly empty parking lot, where we had plenty of room.

The driver floored it and peeled away, ripping line from the two rods. They bent over hard and the reels sang as seven pounds of drag was ripped out for a hundred yards. Then the driver stopped, cut the truck free, and returned to the staring point as we reeled the line back in. We re-tied the lines, and repeated the test. After three runs, we cut 10’ long samples of the line from 50’ deep into the spool, and 100’ deep into the spool. To test breaking strength we secured the ends of the samples to a scale and pulled until the line snapped, three times per sample, and averaged the results.

VERDICT: The assertion is false. All samples of the line, whether taken from the ring or roller guide rig, broke between 18 and 19 pounds of pressure. When averaged, the two types of guides tied at an identical 18.3 pounds.

The Test: We set out a trolling spread at Poor Man’s Canyon, which included three fluorocarbon leaders and three “regular” monofilament leaders. They were deployed in 50, 100, and 150-pound test, for each type of line. To find out how visible they were we send a diver over the side; Don Maher, a SCUBA expert and accredited underwater archaeologist with hundreds of hours of bottom-time, did the job for us.

At 10 feet Don reported that he saw everything clearly: the boat, the lures, and the leaders – all of them, regardless of size or type. “The thicker ones were definitely easier to spot,” he said. “But before I could pick out any of them, I could see the V-shapes created where the leaders entered the water. It grabbed my attention nearly as quickly as the lures themselves.”

VERDICT: False, at least when trolling in the top 10’ of the water column. Line diameter actually made a bigger difference than line type. That’s not to say that using flouro isn’t important – especially when chunking in clear water, the bite-rate for flouro is blatantly higher. But is the stuff “invisible”? Nope.

The Test: We used a hydrophone (an underwater microphone) interfaced with a db-A meter (which measures sound levels) to measure the sound levels of marine powerplants under water.

As you might expect, the two-stroke gasoline motor made the most noise. Interestingly, it was louder in neutral than it was in gear, at a two-mph idle. At depths up to 10 feet, the 24-volt electric, 12-volt electric, and four-stroke motors all made significantly less noise (three db-A, which is about double the volume since decibels are measured in a logarithmic scale) at the same two mph speed. However, all were audible. At two mph in 20 feet of water the two-stroke was barely audible and the other motors were not. At WOT, however, the electrics (and the four-stroke matching their speeds) were just audible in 20 feet.

VERDICT: TRUE. Wait, what?! Didn’t we just say they were in fact audible? Yes, but the deeper story lies in the type of sound we heard – because setting the noisy two-stroke aside, the motors weren’t what we were hearing at all. When we removed the db-A meter and plugged in headphones we detected the whirring noise of propellers, with a volume and pitch correlated directly to propeller speed. Experienced boaters may recognize the sound, which can occasionally be heard in the form of a high-pitch buzz, through the hull of a boat that’s at rest, when another boat runs by. The take-away here is to run your electric trolling motor at slow speeds when stealth is imperative. Crank it full-blast and while the motor itself remains silent, its propeller does not.

The Test: We launched a small boat in the 50,000 gallon “Wings on the Water” tank in the National Aquarium in Baltimore, turned on three different fishfinders, and watched the results. An observer was posted two stories below at an observation window, while I was in the boat operating the units. Maximum depth was only 20’, so we can only apply the results to fishfinder use in shallow water.

When the units were off, the fish passed under the boat without hesitation. But as soon as one or more fishfinders went active, certain species started detouring to avoid going directly under the boat. Tarpon, shark, and rays seemed particularly wary of the transducer pings. We also noticed that snook didn’t seem to notice (or at least didn’t care) at all.

VERDICT: False, though we will stipulate that we can’t say if the fish felt, heard, or otherwise detected the sonar pings. We also note the variation by species. The ability of at least certain fish to detect the active fishfinders, however, was irrefutable. 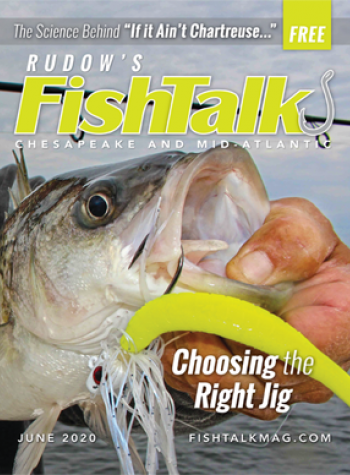