Dolphinfish on the Troll

Despite their aerial antic, awesome colors, and willingness to eat when many other offshore species seem lock-jawed, truth be told, for many offshore trollers mahi-mahi (properly called dolphinfish) amount to bycatch when species like yellowfin tuna or billfish are around. Most people are focused on setting the spread for those apex predators, and take the mahi as an extra. If they want to focus on this species bailing becomes much more common, especially when the fish are clustered around visible flotsam and commercial fishing gear. But that’s a shame. With a few small tweaks to your spread, you could greatly increase your chances of catching mahi-mahi on the troll – even if your hope and your focus is on encountering one of the more glorious offshore dwellers. 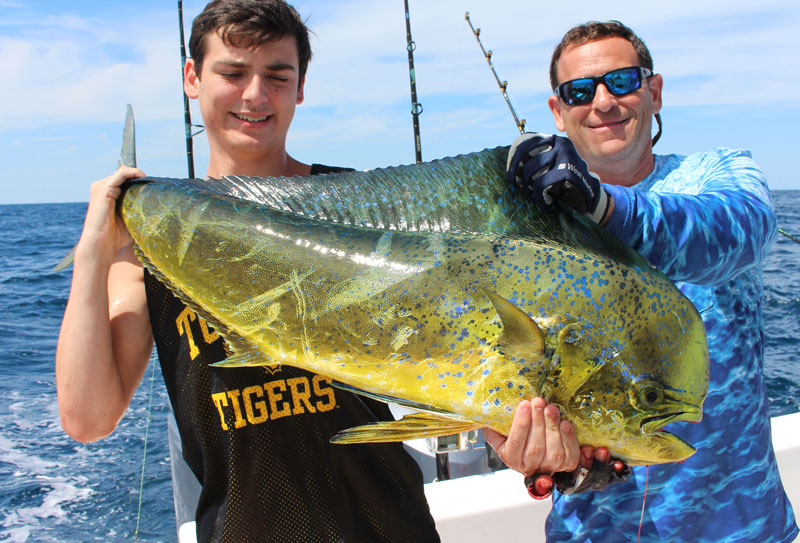 The bottom line? What much of this boils down to is putting some smaller offerings with more mahi-appeal into the spread, while also taking a little bit of extra time to put them in front of the fish. Do so, and your cooler may well soon be overflowing.